Scientists at the Vector Center for Virology and Biotechnology in Novosibirsk have proved that the extract of the chaga birch mushroom can suppress the multiplication of particles of a new type of coronavirus in a test tube. This suggests that an antiviral drug can be created on the basis of such an extract, writes “Science First Hand”

Chaga is the popular name for the parasitic fungus- tinder fungus (Inonotus obliquus). Most often, it begins to grow on damaged areas of the birch bark, but it can also be found on other trees – for example, alder, mountain ash or maple.

Chaga extract is used in folk medicine for the prevention and treatment of gastrointestinal diseases, liver diseases, heart disease, tuberculosis

Chaga extract is used in folk medicine for the prevention and treatment of gastrointestinal diseases, liver diseases, heart disease, tuberculosis.

Scientists explain its healing properties by biologically active substances, which are formed by the interaction of birch and a mushroom. 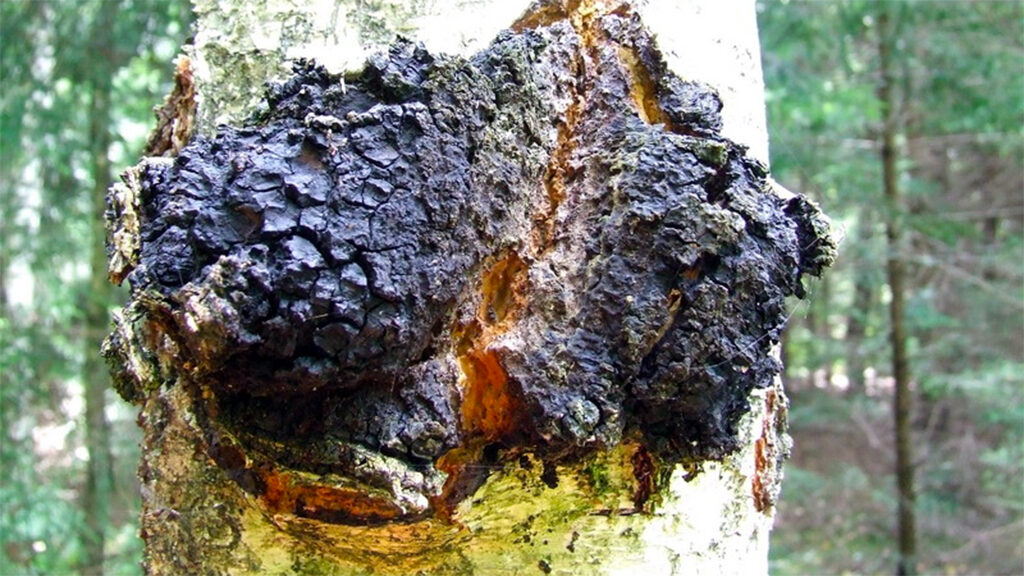 Earlier, the specialists of “Vector” have already tested the activity of the chaga extract against immunodeficiency virus type 1, herpes simplex type 2, West Nile virus and variola virus. Their research showed that water extracts extracted from chaga suppressed all viruses studied in the work, including HIV. However, no medications for these viruses based on chaga have been created yet.

Virologists at the Vector Center have studied whether aqueous extracts of chaga can affect the vital activity of the SARS-CoV-2 coronavirus.

To do this, scientists applied chaga extracts in different concentrations to the cell culture. After some time, a new type of coronavirus strain was applied to them.

It turned out that the extract reduces the activity of pathogenic particles. The researchers believe that, given the low toxicity of chaga, it can be used to create drugs against the coronavirus. The researchers have already applied for a patent.

The scientists have developed several methods for preparing concentrated aqueous extracts of chaga, one of which can be used at home. The effectiveness of the chaga extract prepared by this method was tested by one of the authors of the study, as well as her colleagues and acquaintances.

According to them, after 5-7 days, the symptoms of infection disappeared.

However, they all underwent symptomatic treatment (for example, they took antipyretics), scientists did not conduct a full study of the effectiveness of chaga against COVID-19 and did not prove it.

Therefore, in this case, it is not known what specifically helped against the symptoms of coronavirus infection – chaga extract, symptomatic treatment, or the disease went away on its own.

It should be added that this study was not reviewed by independent experts, as usually the case in such cases. Therefore, conclusions from this study must be treated with caution.